Welcome to our fast and fabulous Make & Take Classroom where we are offering you the choice of six fast, 45 minute cupcake/ cookie classes each day! Join Michelle Smith from Cake Craze (Australia), and Joanna Penaloza-Romero of CuppyPuppy (Philippines), as they teach you some of the cutest and fun designs around using buttercream and fondant, with multiple techniques and learning outcomes! Suitable for adults and children over 8yrs of age (parental help and supervision necessary for younger students and both must secure tickets). Bookings essential for each session, with limited places available. 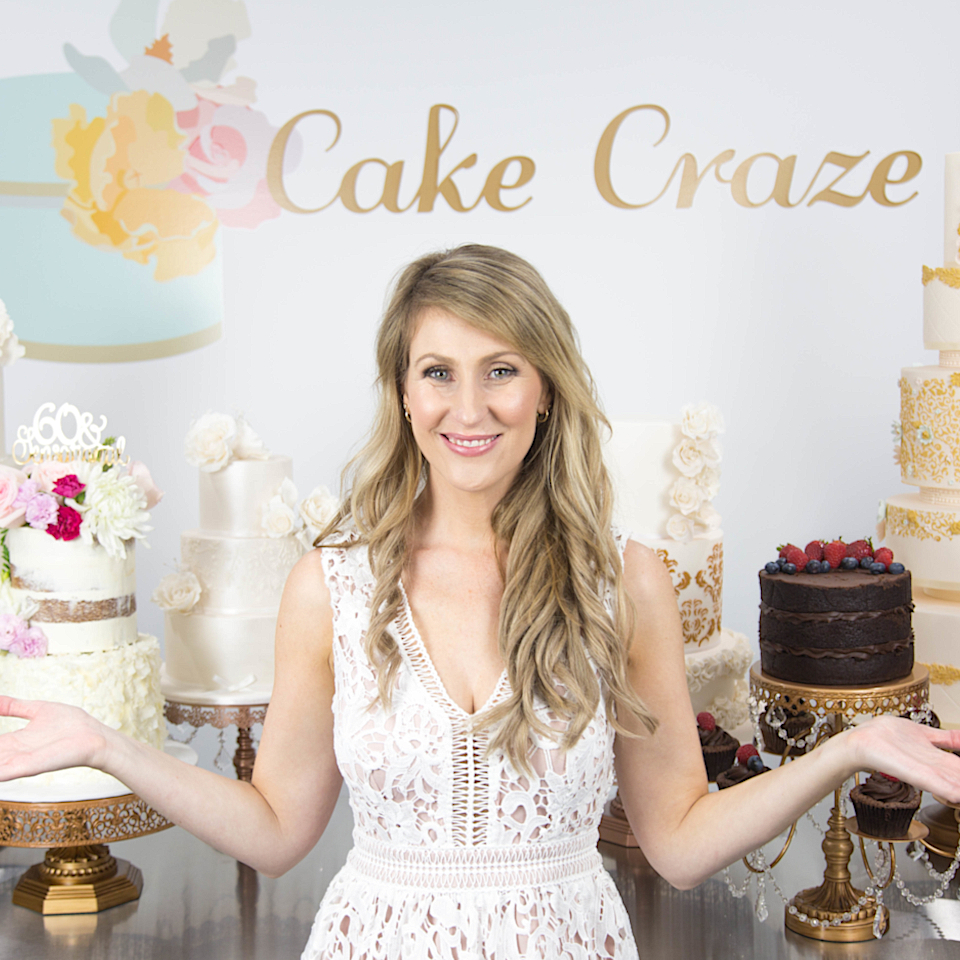 Michelle Smith is the owner of Cake Craze based in Newcastle, Australia. She is a trained, experienced, and full-time professional cake decorator. Furthermore, she is also an International teacher/ instructor, International cake show judge, and cake show competitor at the same time.

After completing the full course, and numerous other classes taught by international and well-known Australian cake artists and pastry chefs, Michelle completed her Masters in Cake Decorating, and was offered an Internship, followed by a working role at Planet Cake.

Michelle has a passion for all things Weddings, which led her to specialise in wedding cakes. Michelle has also developed a range of cake decorating stencils over the past five years (Cake Craze Stencils), and became a sponsor of the Oklahoma State Sugar Art Show (OSSAS) in 2014.  Michelle was a guest judge at the OSSAS in 2015, 2017 & 2018, invited by organiser and Australian cake matriarch, Kerry Vincent, also entering the Grand Wedding competition in 2017 (Bronze award) & 2018 (Silver award, and 13th place).

Michelle also attended the NY Cake Show as an instructor and demonstrator, along with The America’s Cake Fair in Orlando in 2017. In 2018, Michelle attended SoFlo Cake & Candy Expo in (judge/ instructor/ demonstrator), Cake International (UK) as a demonstrator, and the Ultimate Sugar Show (Atlanta) as a teacher/ demonstrator. Two tutorials were filmed with Paul Bradford/ Cakeflix in October 2018 in Spain also.

Cake Craze runs the yearly Cake, Bake & Sweets Show’s Make & Take Classroom in Australia, teaching over 500 students in 18 mini classes over the three days of the show in both Sydney and Melbourne. Michelle also teaches classes consistently in her business in Newcastle.

The passion and inspiration behind teaching for Michelle is all about guiding students in the right way and teaching them professional skills, starting with basic foundations that they can build upon. Michelle has a commercial premises with production kitchen and custom-built classroom in Newcastle, and also has a youtube channel with online tutorials. 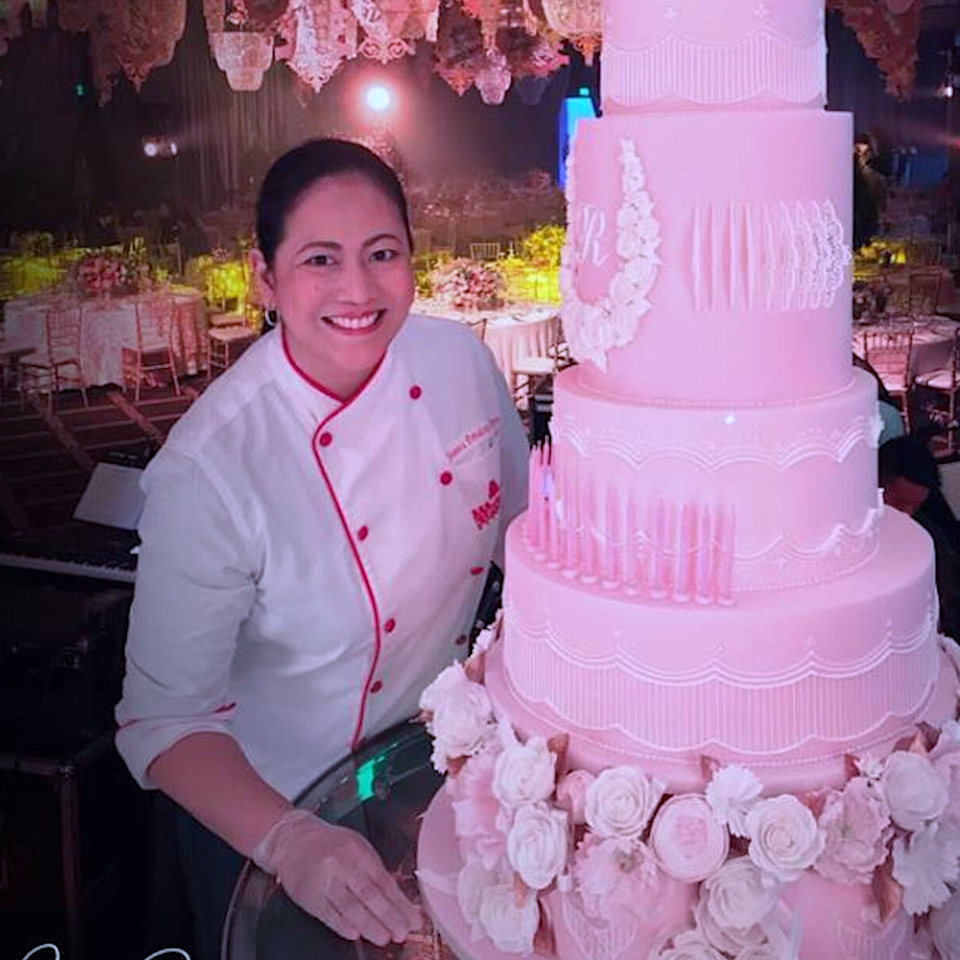 Joanna Penaloza-Romero is the owner and creative director of CUPPYPUPPY SWEETS & SUGARART, based in Paranaque, Philippines. Joanna is a beauty queen, former model and structural engineer turned cake artist and sugarcraft instructor. Her passion for baking and cake decorating was a late discovery as she only started after she was married and had her first child. With the encouragement of her husband, Joanna taught herself to bake & decorate cakes. Quickly realizing how much she enjoyed her new found hobby, Joanna sought to enhance her skills by taking a pastry course and studying with the best local & international instructors in the industry. It has now been over 10 years, and Joanna has grown her hobby into a thriving business. CuppyPuppy is known for realistic sugar flowers on cakes as well as themed cake and sweets spreads; making Joanna one of the most sought after party supplier in the industry, creating cakes and sweets for Manila’s elite, celebrities and even a president! Joanna is constantly pushing the boundaries of what a home baker can do and accomplish, not just in terms of making cakes, sugar flowers and figures, but also by establishing design trends. She pioneered the straight edge cakes trend in the Philippines, as well as offering custom themed desserts on styled tables. She was also one of the first to offer specialized workshops on cake decorating, based on cake projects and not as part of a school curriculum or a module. Design, craftsmanship and quality are what sets Joanna apart. She has been featured on numerous party blogs, locally & internationally; has appeared as a guest on local tv shows; featured on magazines; and has won for herself a few medals in cake competitions. Her latest win was for her artistic sugar showpiece in Singapore’s FHA Culinary Challenge 2018. 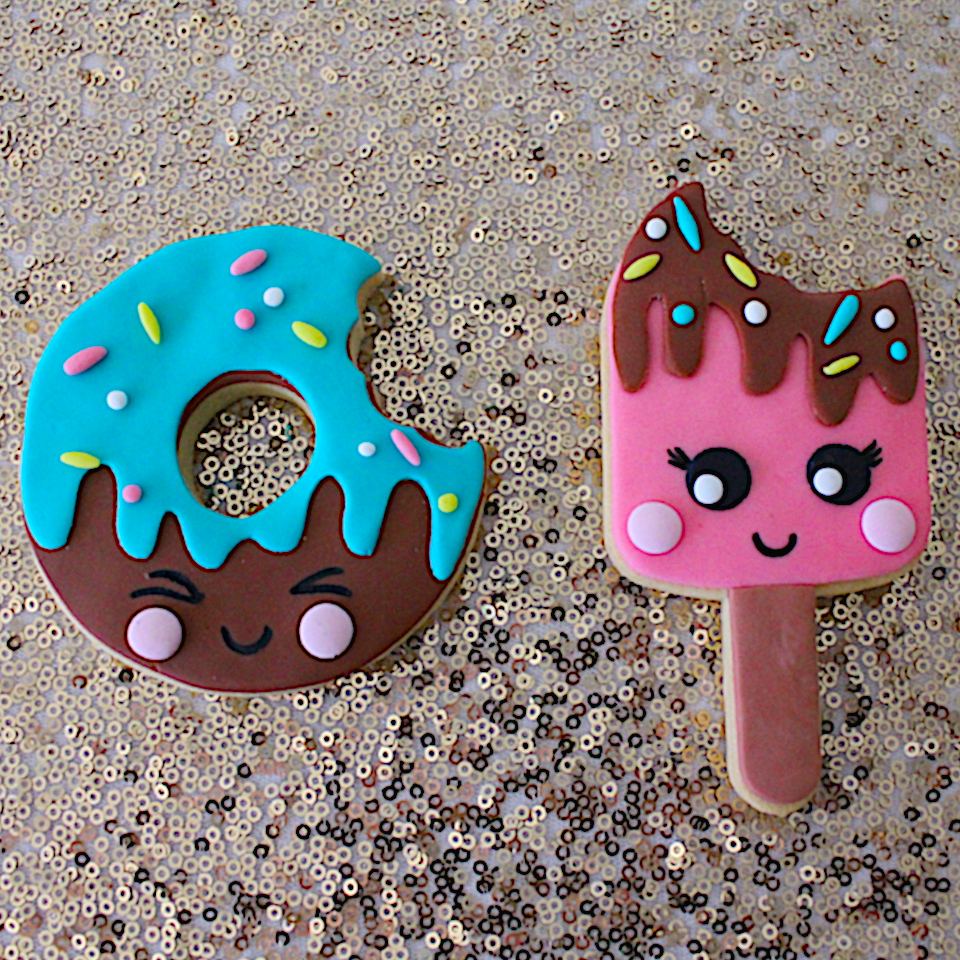 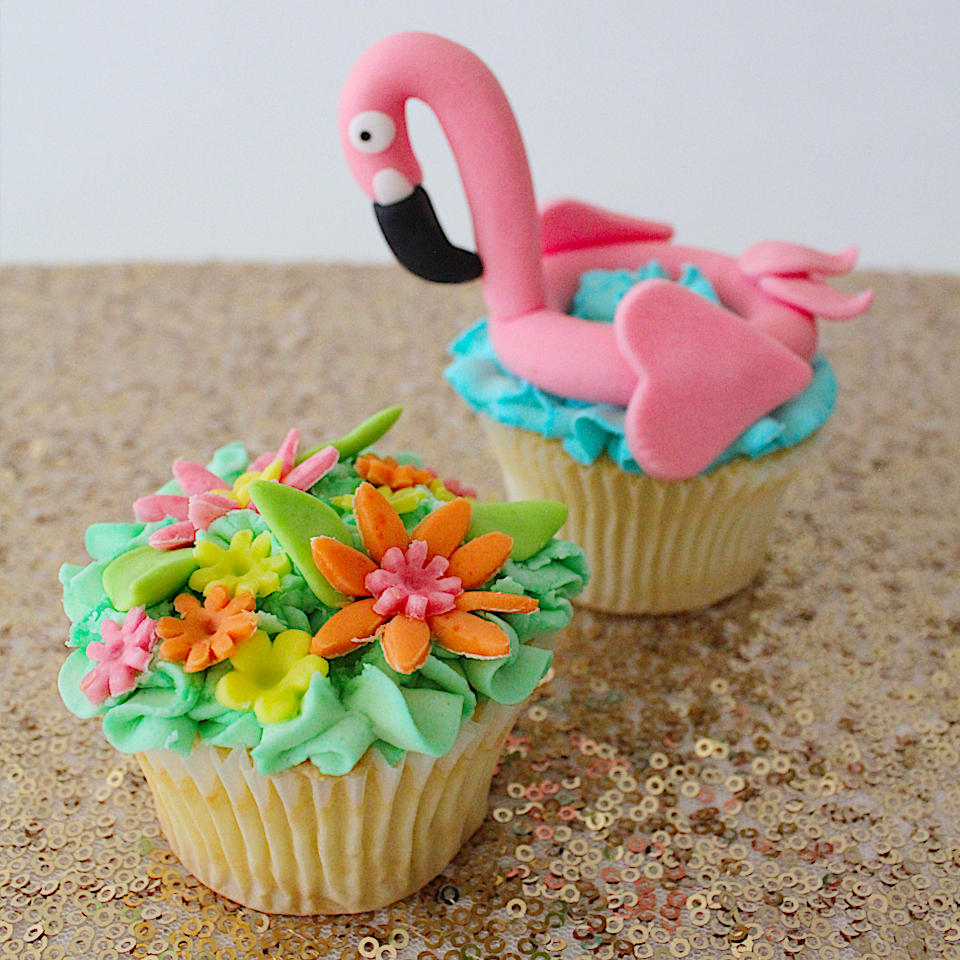 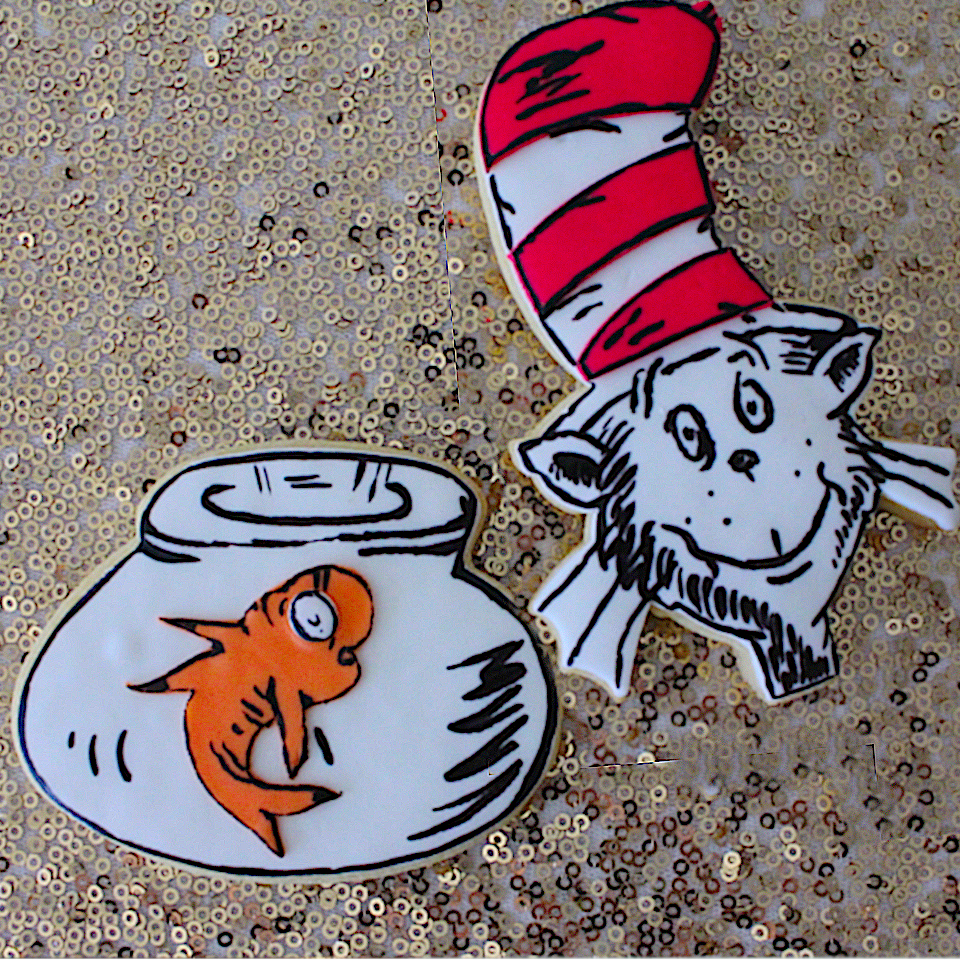 Cat in the Hat

Create two artistic Dr Seuss  cookies – the Cat in the Hat, and the goldfish in the bowl. You’ll use fondant and an edible black texta to create your edible masterpieces! 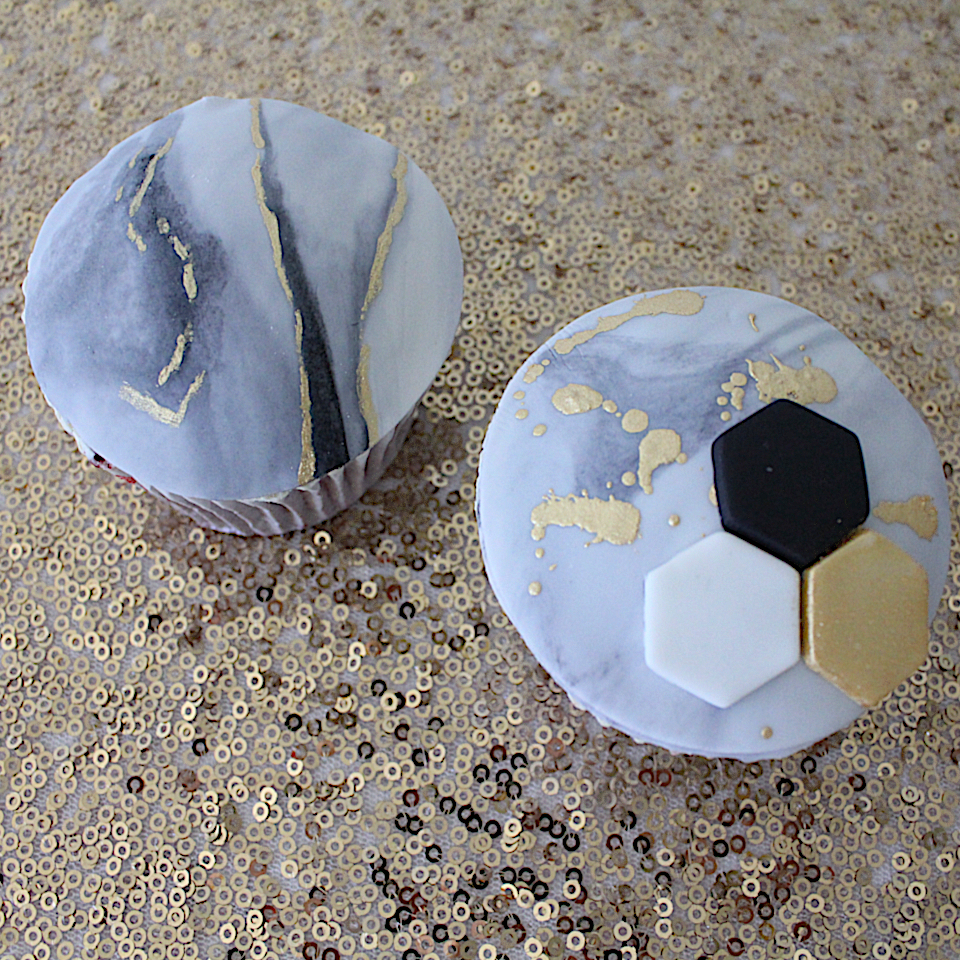 Create 2 marbled cupcakes in fondant with gold metallic accents and striking geo shapes. Totally on trend and they look amazing! 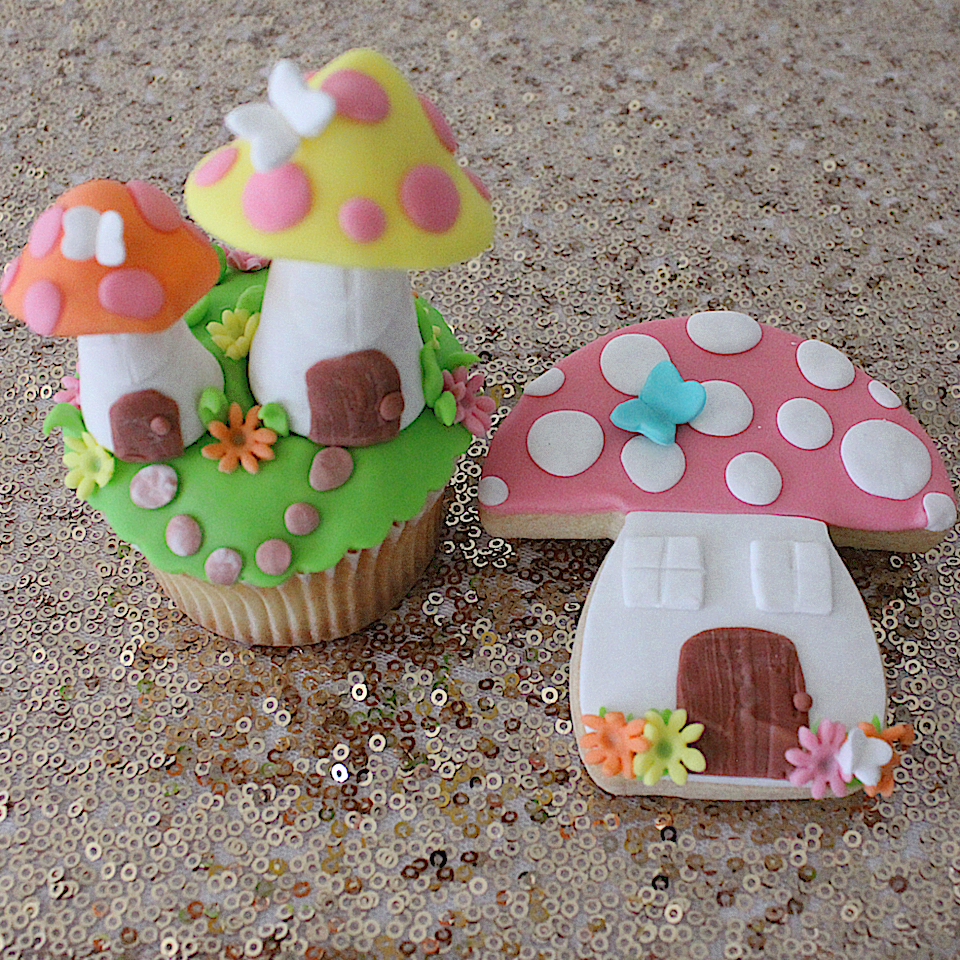 Create a fairy cupcake by hand modelling toadstools, and also a toadstool cookie with butterflies, flowers and little, pretty details! 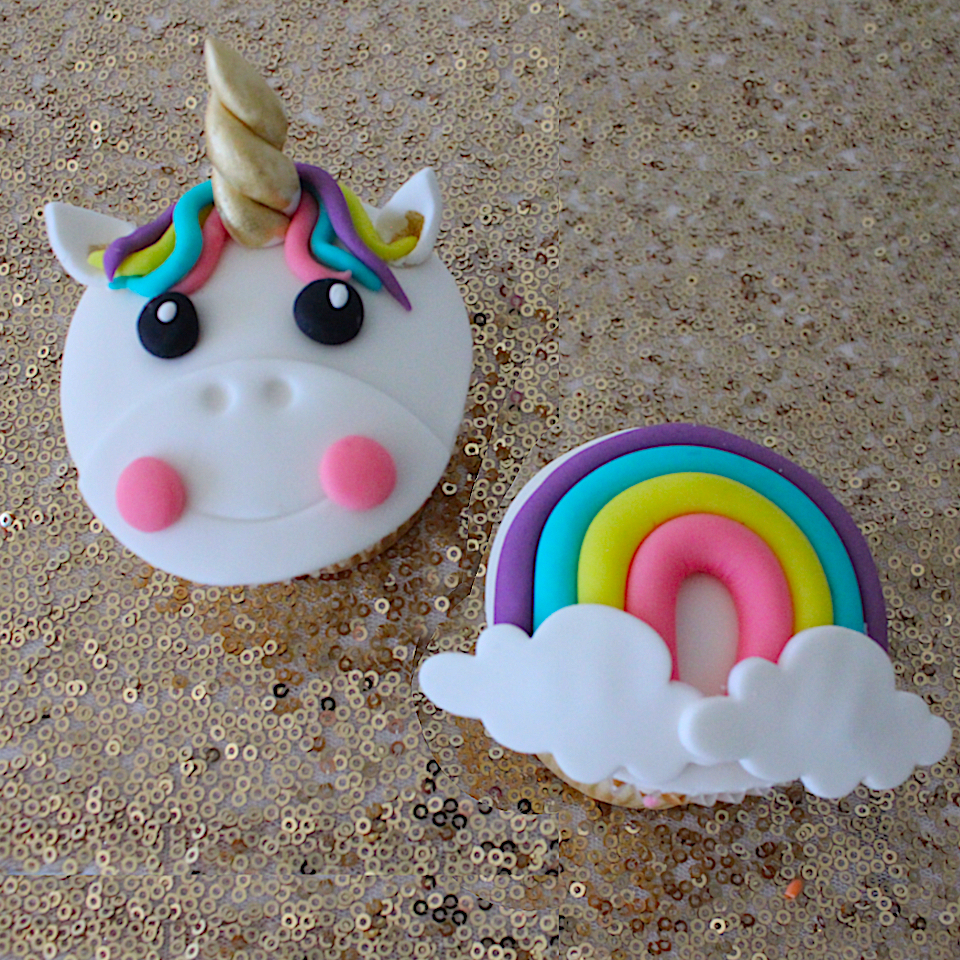 Create a magical unicorn face with coloured mane, and a colourful rainbow cupcake in this creative, fun class.

The Make & Take Classroom is only limited to 16 seats per class. Children from 12years old and below will have to be accompanied by an adult/parent and both have to purchase a ticket each. It is very important that you secure your seats to be able to join this fun experience.

Please come with your proof of booking, either the printout or from your mobile phone. Make sure you come at least 5minutes before your class as we will not be able to remind each person booked and all sales are final and no refunds are given. If you fail to come on time, you will be refused entry and your slot will be given to the first person in the waiting list.

Class fee is P500 per session

Email us to Register

You can also avail of UNLIMITED Make & Take Pass

From one of our Teachers

“I am so looking forward to bringing the Make & Take Classroom experience to Cake Fiesta Manila in November 2019! I can’t wait to teach you all, and to also launch my Cake Craze Stencils in the Philippines! Thank you to Valeri, Christina & Penk for this opportunity. If you love all things to do with cake decorating and edible art, you are going to love this show! Get your tickets now and I’ll see you there!”

Don't miss any of our announcements, promotions, and be updated with the latest cake news!

Get In Touch With Us!

Contact Us
Thanks for subscribing! See you at Cake Fiesta Manila!