Say hello to our

The hearts and minds behind the show!

It all started at one of their usual lunch dates. Good friends, Valeri & Christina of Queen of Hearts Couture Cakes and Penk Chink of Pastry Bin always catch up whenever they can. They love to try different cuisines and then carry on with their chats over a nice cup of coffee, and, not just a slice of cake, but a handful of desserts! Through one of their dates, they have chatted about the Cake Shows they have been in and exchanged stories. The idea then came into the picture. They knew that going to these Shows can be so tiring and expensive and not everyone is given the opportunity. And so, they said, “We should just bring the Cake Show HERE!” 2 years after, here they are. They have made one of the biggest leaps in their carreers and have announced,  Cake Fiesta Manila is finally happening! It will be the biggest Cake dedicated Show in Asia! 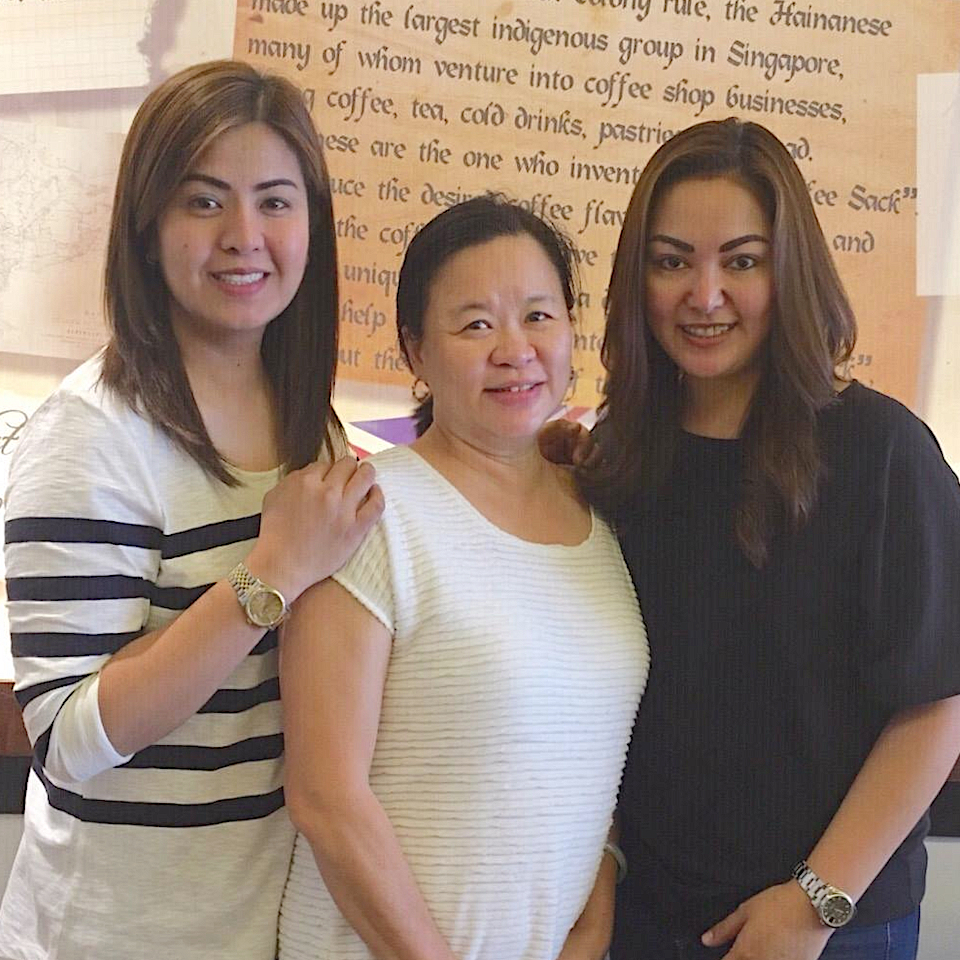 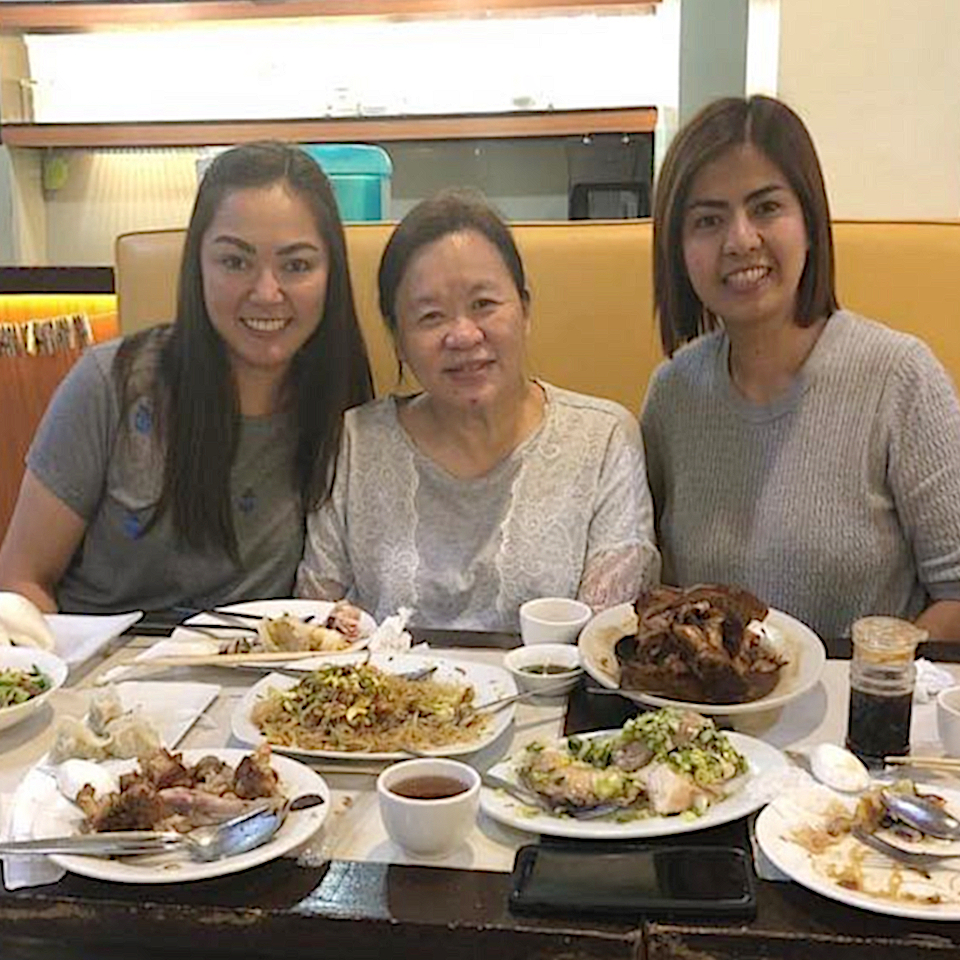 Learn a little bit more about them… 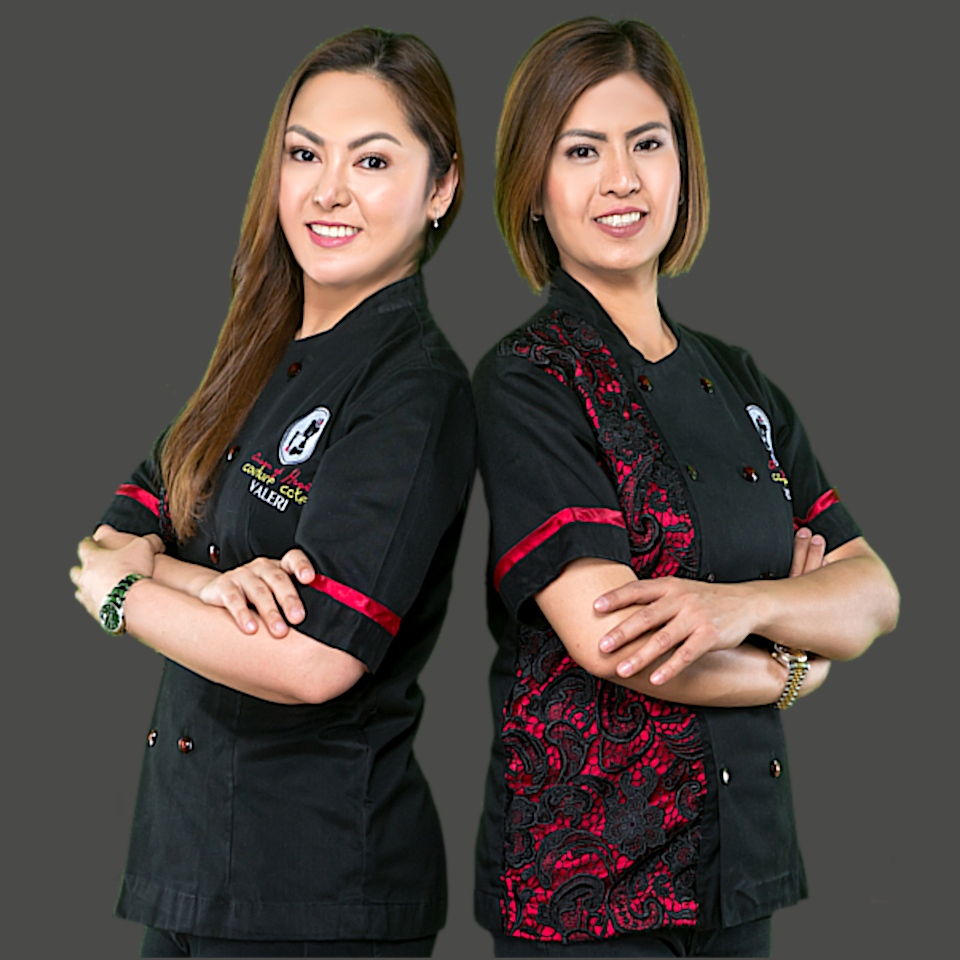 Valeri Valeriano and Christina Ong had their eureka moment in tiny kitchen equipped with an oven the size of a toaster in 2011. Following a YouTube tutorial, and a zip lock bag in their hands, it was by “sweet accident” that they have discovered their passion in buttercream and it had since taken their lives in an entirely different direction – all over the world.

Known as the “Queens of Buttercream”, they have pioneered Contemporary buttercream art and have played a big role in elevating it in all aspects. They developed the most intensive and extensive techniques in buttercream decorations and taught classes throughout Europe, the United States, Asia, the Middle East and Australia.

Featured in popular magazines, and television shows locally and internationally as cake stars, the multi-awarded duo then took their talents to the bestseller list with The Contemporary Buttercream Bible (2014), 100 Buttercream Flowers (2015), Buttercream One-Tier Wonders (2016) and Buttercream Flowers for all Seasons (2018). These books have been translated into different languages.

Penk Ching is known as the Philippines’ Queen Mother of Cakes. She is the legendary cake designer and founder of Pastry Bin, which styles and executes Manila’s finest wedding and birthday cakes. She authored a coffee table book, “Caked in Sugar”, which chronicled her professional journey from baking hobbyist to top cake artist.

She conducts cake decorating classes and demos for schools, companies, local and international baking enthusiasts. She is also always invited to be a Judge on various cake and culinary competitions on both local and international events like at the Grand National Wedding Cake Competitions at the Oklahoma State Sugar Art Show in the US. She is also a (WACS) Certified Judge for World Association of Chef’s Societies.

A short list among her many more awards and citations include Quezon City award for Turismo, Kulinarya, Talento, atbp; Ten Outstanding Maharlika Women given by Etiquette de Manille; Gourmet Master Entrechef given by Culinary Arts Foundation of the Philippines; Outstanding Alumni from the Philippine Institute of Quezon City Alumni Association, Inc. on its 50th Founding  Anniversary;   2012 Women Starpreneur by Go Negosyo; The Outstanding Thomasian Alumni (TOTAL Award: Entrepreneurship) at University of Santo Tomas..and the list goes on. 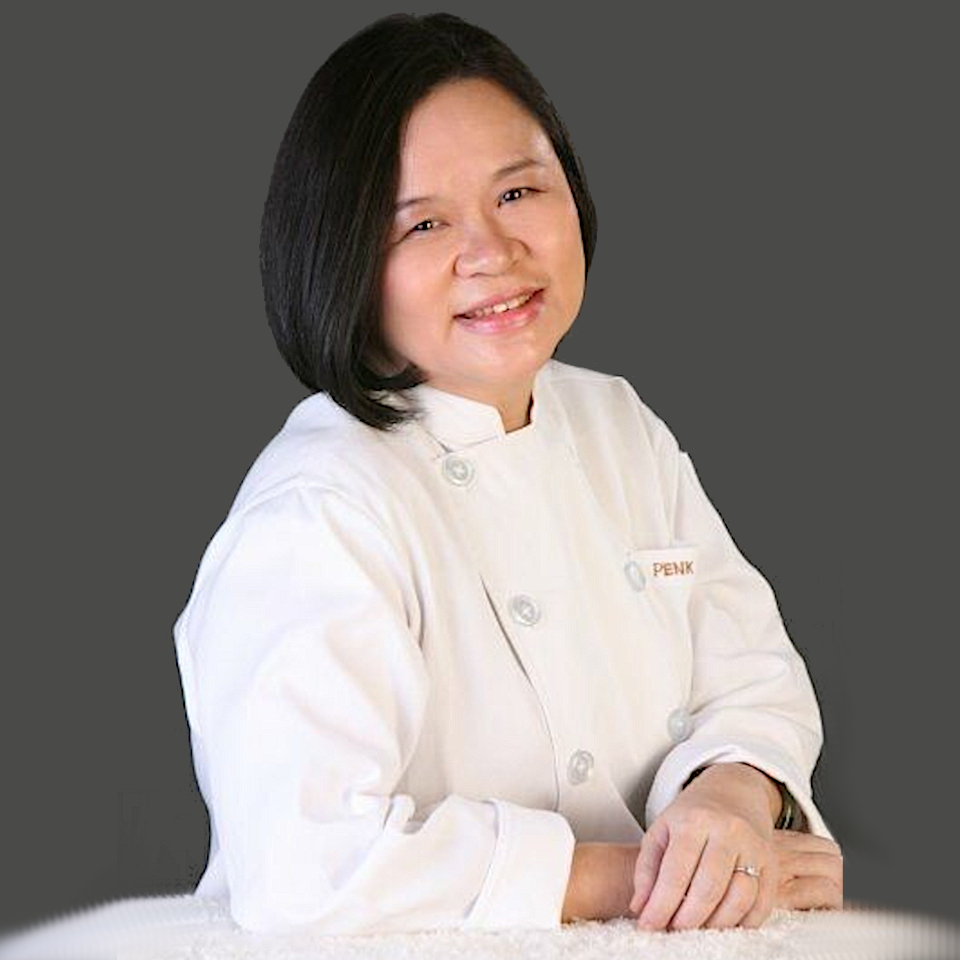 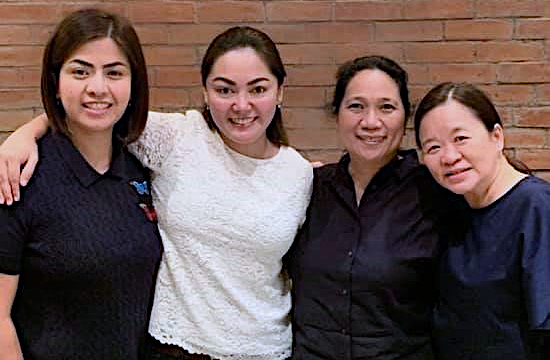 From the success of the inauguration Show of Cake Fiesta Manila in 2019, the Expo continuously grows with the support of their vendors and patrons.

In 2020, Valeri, Christina and Chef Penk are now joined by their very good friend and another passionate baker/cake artist, Amor Quiniones of Mrs. Q’s Cakes and Pastries. She is now part of the Organizing Team and together, they will strive to make Cake Fiesta Manila become bigger and better!

Join Valeri, Christina, Chef Penk and Amor and together with their  other Cake Artists  friends from around the world, at the first and the biggest International Cake Show event in Aisa!

In this celebration of all Cakes and Bakes, learn with us and grow with us!

Don't miss any of our announcements, promotions, and be updated with the latest cake news!

Get In Touch With Us!

Contact Us
Thanks for subscribing! See you at Cake Fiesta Manila!